Pettigrew.Green Arena, Napier, hosted the inaugural Annual General Meeting (AGM) of Netball Central Zone (NCZ) on Sunday, with Chairman Ian Collier celebrating the achievements made by the organisation since its inception.

“We have achieved a financial result that is much improved over previous years, although it is not yet where we want it to be,” he explained. “We have been able to keep some funds in reserve and the overall loss to the Zone was limited to $50k, across a turnover of over $2million.

“A vision and six-year strategic plan and for the Zone have been developed and implemented and these will ensure continued growth and success at all levels of the game.

“The Haier Pulse delivered its best result on the court in 2013 and we have built a team that have the credentials to deliver an ever better one this season. We are fortunate to have a group of highly engaged and committed sponsor partners, business members, season ticket holders and fans.

“The Zone’s transition board members have all stepped up to the challenge of implementing the first phase of the Netball New Zealand (NNZ) Zone model. We are delighted with the appointment of Carolyn Young as CEO and she is already making a significant difference as she leads the next phase of our transition to the Zone structure.

“We have placed great emphasis on the establishment of robust community, talent development and high performance programmes and the Zone has already played a key part in piloting the new NNZ Junior Netball Programme.

“This has been a successful first year, but there is plenty more work to be done if we are to achieve our goals,” he concluded. 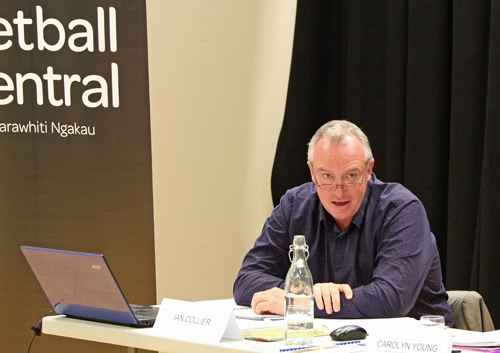