Central Zone CEO to step down

Carolyn Young will step down from her role as CEO of Netball Central at the end of May, confident she is leaving the Zone in healthy shape.

Young, who has held the position for nearly five years, is set to become the new CEO of Special Olympics New Zealand.

"While I am sad to be leaving my netball whanau behind, I believe the Zone is in very capable hands and feel that now is a good time for someone else to take it through its next stage"’ she said.

"I will continue watching from the side-lines with a keen interest and wish everyone within the Zone all the best.

"I would like to thank the netball community for all the support that I have received during my tenure, the staff, Board, Centres, players and volunteers, all are key contributors with key roles, who help make netball great."

It was with regret that the Netball Central Board accepted Young’s resignation.

"Carolyn started with the Zone near the end of our first financial year and as a result of her leadership, dedication and hard work has left us in good heart nearly five years later," Board Chair Carol Sander said.

"During this time, the foundation of the Zone has been laid and we have gone on to win our first trophy with the Beko (Netball League) title in 2017 and made the play-offs at the elite domestic level for the first time in Pulse history in 2017."

Sander is currently working with the recruitment panel on the appointment process for Young’s replacement and the vacancy is expected to be advertised in the coming days.

"I would like to thank Carolyn for her dedication to the Zone during her tenure, she has many significant achievements to reflect on and be proud of and we wish her the very best in her new role," Sander said. 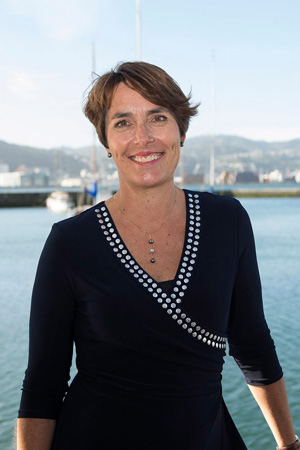